Beyond Blue: A Dialogue on Men’s Mental Health

This week we are celebrating Men’s Health Week and we will point our focus on men’s mental health. Mental health refers to cognitive, behavioural and emotional wellbeing. It is determined by a plethora of factors, ranging from biology (genetics), individual differences, personal and professional, economic and environmental factors (social status and living conditions).

Gender has permeated different aspects of life, and mental health is not an exception to it. Women and men differ not only in corporeal attributes, but the difference is concerning when it is about their psychological construction, thereby making the ways to communicate, deal in relationships and react to stress poles apart. The hegemonic masculinity prioritised male roles as robustness, strength and rationality.

Vulnerability and weakness have been denied to them.

The wounded child inside men is a boy who, when he first spoke his truths, was silenced by patriarchal sadism, a world that didn’t want him to claim his true feelings.

What we call normal is a product of repression, denial, projection and other forms of destructive action on experience. As long as the men can remember the identity they own or have been cemented with by the society is of tremendous indifference to pain.

Let’s see the common issues that men struggle with:

A lot is expected from men in our society before they are deemed deserving of common respect. A man is expected to have figured out his entire life by 30, have a stable job, a car, a house, get married and have children. The socially constructed roles and identities make it worse for men to mention their mental health problems and seek timely help.

This is a cultural concept of manliness that glorifies stoicism, strength, virility and dominance. This can be harmful to men’s mental health because it teaches men to always be strong no matter what, and that weakness is not acceptable in a man.

Believe me when I say that men suffer from emotional abuse, and they suffer inside because they are scared to talk about it. They experience emotional abuse at home, in the workplace and in society, but they always take it in with a tight-lipped attitude. Little or nothing is talked about or discussed men’s emotional abuse.

Life can be stressful for all of us, but it is important to manage it accordingly. Unlike women, men hardly plan ahead, write schedules and troubleshoot, which always leads to even more stress.

There are a lot of underlying issues that could cause depression and anxiety disorder in men. However, men try to ignore and live in denial because they have been made to believe that this is life’s normal reality.

Mental health problems like depression are usually defined as a subdued and inward-directed reaction with elements of self-depreciation and guilt, whereas psychologists like Rutz (2001) and Piccinelli and Wikinson (2000) argue that the particular symptoms men exhibit are quite different:

In men’s upbringing and society of “toxic” masculinity, there is not much room for giving oneself permission or space to be sad. Men are not allowed to be ambivalent or to attempt to feel states within oneself.

Reactions to painful conditions are thus actions whose objective is to quickly get over doubts and pain. In this ‘masked denial,’ men often withdraw from relationships, become workaholic, rigidly demand autonomy, deny pain. This prevents them from sharing their feelings and emotions with a friend or family, let alone asking for professional help!

As per the data

According to a poll of 21000 American men by researchers at the National Center for Health Statistics, 1 in 10 men experience depression and anxiety, but less than half sought treatment. About 6 of 10 men experience at least one trauma associated with accident, physical assault, combat, disaster.

According to Eurostat data, compared to 15-24 yrs old, the risk of suicide deaths among the elderly is 3 times higher. Men aged 70+ years die by suicide** up to five times more often than women in the same age group. This is thought to be due to a range of factors, including men’s retirement, being single, widowed or ill health (Djernes 2006).

The need of the hour is to address the mental health issues of men with equal kindness and generosity.  Having mentioned the problems, here are plausible solutions that must be considered:

Men might have been encumbered with those shallow ideas of existence. Embrace their expression of emotional breakdown. Appreciate their honesty and tell them how exceptionally wonderful it is.

Don’t Ask Them to Man up.

Emotions know no gender, so they need not hide behind the bars of strength. They can communicate with the ladies in their lives without any agony. Ladies, too, are instrumental in inflicting a sense of inferiority to men who show vulnerability. They are no less of a man, but more of a human, so listen to them.

Don’t Ignore the Bumps and Bruises.

It’s absolutely fine to not be fine always. You are a human, not an automated machine.  Men need to understand this fact.

There has been enough emphasis on equal opportunity for power, influence and financial independence; we need to encourage a culture of questions of equal expression of vulnerability too.

Let’s normalise for men that being vulnerable isn’t a sign of weakness. Change the dialogue to change the narrative. Help is possible. The more we talk about it, the more we will be able to create change- for good.

**Note: If you or any other person are in immediate crisis or feel suicidal, don’t use this site. These resources can provide you with immediate help worldwide. 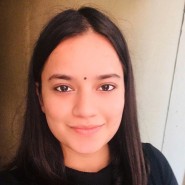 Are We Failing At Fighting Eating Disorders in LGBTQ+ and Minority Communities?

Stories Of Strength From Team Healingclouds!